Sanity Testing: What is it and how is it used?Testing 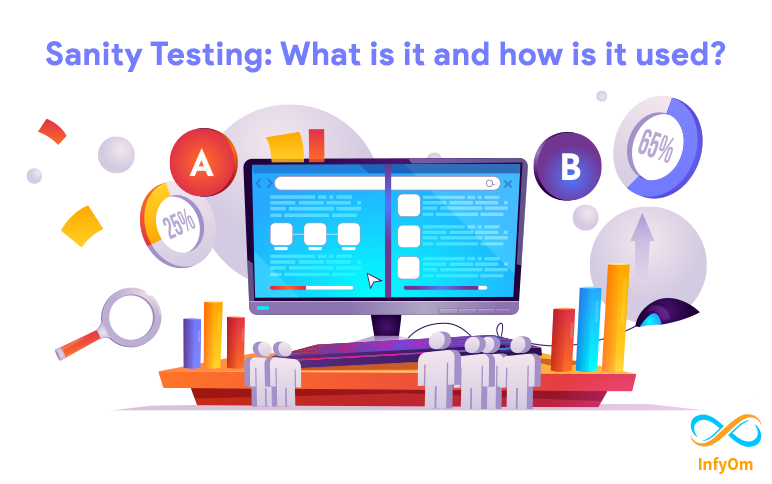 Sanity Testing: What is it and how is it used?Testing

The Basic Concept of Sanity Testing

When time is brief, Sanity testing are often a far better option than not testing in the least. it's performed to check the modules so their impact are often determined, but without going in-depth. it's useful when deadlines are strict and there's not enough time available to thoroughly test the appliance.

In an Agile environment, big releases are planned systematically and delivered to the client, whereas sometimes, because the situation demands, small releases got to be delivered where there's no overtime available for the testing, leaving no time for documentation of the test cases, bug reporting or Regression Testing.

Items to think about in Sanity Testing

Sanity Testing is performed when time is just too short to check the build thoroughly, and it’s impossible to execute all the test cases. this example risky, and therefore the possible implications are tremendous. To minimise mistakes and oversights, a tester should lookout of a couple of things at their end.

It is advisable to not accept the build where there are not any written requirements available. Sometimes the client conveys changes and/or requirements verbally and expects us to regulate accordingly. Compel the client to supply some written points on acceptance criteria.

Sanity testing is completed when there's not enough time to check the appliance thoroughly, leaving you unable to document bugs and test cases. this is often a but ideal situation so make certain to form your own notes. Document your bugs roughly on your notepad and if there's a while left, share those together with your team for future reference. Throw the ball into the courts of others. Email the list of issues to each stakeholder.

Automation testing can help reduce the pressure of manual efforts.Finally, draft an email containing the most details that you simply have tested, also as what you probably did not test. Give justification and reasons for the bugs that are resolved and people which haven't been.

The primary focus of the sanity test is to see that the functions of the appliance work needless to say During times when deadlines are tight, organizations like better to perform sanity testing (bypassing regression testing) which leaves a number of the functionalities unattended. this will mean issues continue the assembly environment leaving a nasty impact on the companies. As said, it's non-documented so no official reference is out there.

In the end, the sort of testing you select that situation depends on the intuition of testers. Devise a technique to realize your end-goal. Define how you'll proceed and what you aim to realize with the short time span.