In today’s competitive world, testing is critical to the success of any software product. Manual tests are important in software development because they can be used in situations where automated testing isn’t possible. This Blog about Manual Testing Interview Questions will help you learn software testing.

Let’s start by going through some of the most common Manual Testing Interview Questions.

Below are the 120+ manual testing interview questions and answers:

1) What is Software Testing?

Software testing is a process to test whether the actual product is matched with an expected requirement or not and if getting an issue then it could be resolved before the released product to the market and at last ensure that product is bug-free.

2) What is manual testing?

Manual testing is a type of testing that involves the validation of the requirements of the application by executing a predefined set of test cases manually without the use of any automation tool.

3) Why is Software Testing Required?

4) What are the two main categories of software testing?

Software testing is a vast domain, but it can be categorized into two types, such as:

5) Do you know the difference between quality control and quality assurance?

6) What is quality control? Is it similar to Quality Assurance?

Quality control is a product-based strategy of running a program to define if it has any defect, as well as create sure software fulfils all requirements with end-user.

So, Quality control is not similar to Quality assurance, Quality assurance is a process-oriented approach. It is focused only on process, methods, and techniques which is used to create quality deliverables that are applied correctly.

7) What different types of manual testing are there?

Manual testing is divided into different types, which are listed below:

8) Explain the difference between alpha testing and beta testing.

Alpha and beta both testing types are types of user acceptance testing. Find the brief description of alpha vs beta testing here.

9) What are the different levels of manual testing?

We have different 4 levels of manual testing, which is described below:

10) What is a test in manual testing?

The tested environment is used for application testing; we can test hardware as well as software programs also. The test consists of hardware, network configuration, software, and other related software.

11) Explain the procedure for manual testing.

In The manual testing process, follow the below steps:

One type of document that has a set of conditions that is performed on the particular application in order to verify the expected result of the feature is called a test case.

The application has three separate layers:

14) Do you know the difference between verification and validation in testing?

Validation testing is including the execution of the code. Validation is dynamic testing. Validation comes after Verification. Validation is the process in which the actual requirements of the customer match with the software functionality. Validation is done after completing the development process.

15) Do you know the difference between a bug and a defect?

The tester finds fault in the software during testing it is called a bug and when a product goes to live that time developer detects the difference between the actual result and the expected result is called a defect.

What is Alpha Testing?

Alpha testing is conducted to determine defects before releasing the final product to end users or to the public. Then the main goal of alpha is to identify the tasks that a typical user might perform and test them.

What is Beta Testing?

The difference between alpha vs beta testing is as below: 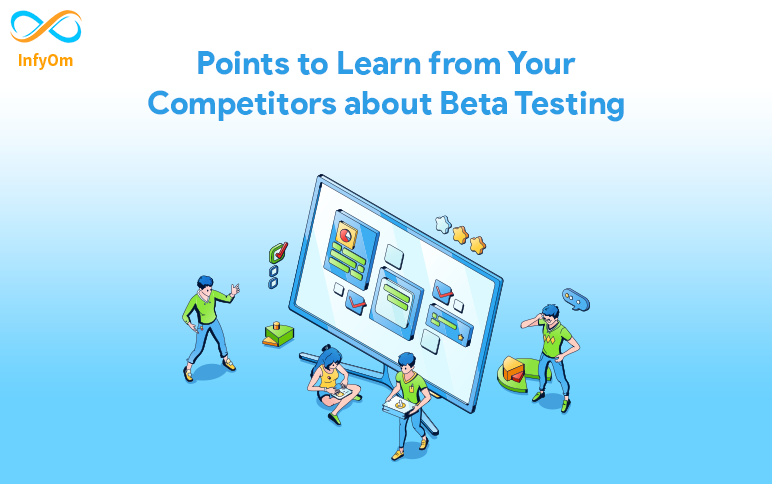 Currently there is a lot of competition in the market. As everybody’s technology and strategies are improving day by day, there is a huge opportunity to learn from the others businesses too. Our biggest learning comes from our Competitors. They can teach us many things which you can easily grasp and improve yourself. User Acceptance Test is a software testing procedure executed in a real-world scenario. UAT has two types - Alpha and Beta testing. Alpha testing takes place in the company whereas beta testing is field testing. The software is tested in real-world working conditions which takes place at the customer’s site.

Below are the followings points which can we learn from other competitors about beta testing.