Node.js vs. Deno: Which is better?NodeJS 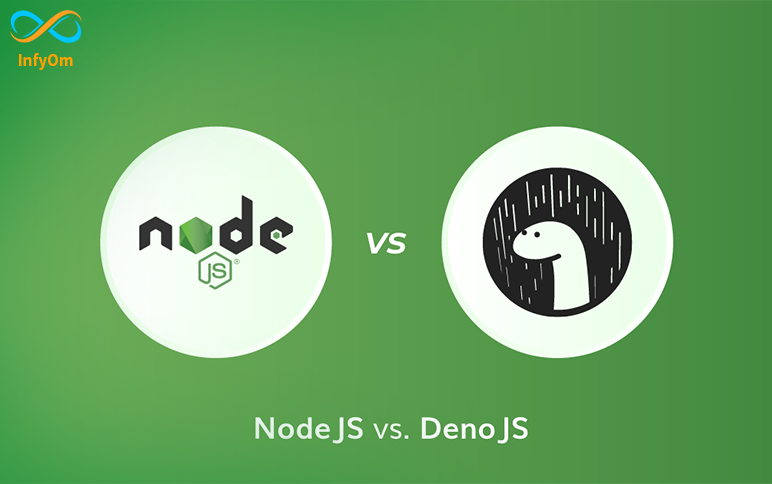 Node.js vs. Deno: Which is better?NodeJS

Node.js vs. Deno: Which is better?

There is no doubt that Node.Js is the most widely used JavaScript runtime environment, but Deno is more secure and offers more features.

Compare Deno and Node.js to see which is better for your next project, the purpose of this article is to introduce you to Deno and Node.js, their differences, and how to choose the right one for your upcoming project.

At JSConf EU 2018, Ryan Dahl presented “10 Things I Regret About Node.js” - a talk titled “Design Mistakes in Node”. In his talk, he details his regrets regarding some of the choices that were made in the development of Node.

In order to fix many of the design flaws mentioned at the talk, Ryan decided to introduce Deno, which ends support for legacy applications.

Deno is a secure runtime for JavaScript and TypeScript that has been extended for JavaScript XML (JSX), and its TypeScript extension, TSX. Developed by the creator of Node.js, Deno is an attempt to reimagine Node to leverage advances in JavaScript since 2009, including the TypeScript compiler.

Like Node.js, Deno is essentially a shell around the Google V8 JavaScript engine. Unlike Node, it includes the TypeScript compiler in its executable image. Dahl, who created both runtimes, has said that Node.js suffers from three major issues: a poorly designed module system based on centralized distribution; lots of legacy APIs that must be supported, and a lack of security. These fixes are covered in Deno.

Can we use Node.js and Deno together?

Node.js or Deno are both excellent choices for server-side JavaScript projects. But is it possible to combine them? The answer to that is a definite “maybe.”

The first thing to note is that Node packages from Deno often work just fine. Fortunately, there are workarounds for most of the common stumbling blocks. In addition, Deno standard library modules can be used to “polyfill” the built-in modules of Node; CDNs can be used to access npm packages in Deno-compatible ways, and import maps can be used. Additionally, Deno supports Node compatibility mode since version 1.15.

Here is a cheat sheet for Node users interested in switching to Deno.

Which to choose: Node.js or Deno?

Choosing the right technology for your use case depends on a variety of factors. Don’t fix an existing Node.js deployment if it’s not broken. My recommendation would be to strongly consider Deno if you intend to write a new TypeScript project. It’s pretty hard to predict whether you’re going to be successful without a proof-of-concept: Node.js packages are difficult to integrate with Deno without trying them out.